In addition to Tom being the lead guitarist for legendary band ‘The Zombies’, he also writes, produces, plays and tours as a solo artist.

Tom is also the proud developer/creator of the charity ‘Music for Africa’ which he promotes on a regular basis. You will find more information about this amazing charity here on Tom’s website.

AND A LITTLE MORE MUSIC BACKGROUND ABOUT TOM…..

Tom started playing in 1967. His first tune ever performed on stage at the age of 13 was ‘House of the Rising Sun’. Bands include – ‘The Epidemic’ ( first band), ‘The Drill’ (punk), ‘Invisible Sex’, ‘Friends of Jack’, ‘Monficats’ and ‘Jingo Santana’,

Albums include ‘Iron on Stone’, ‘Monficat’, ‘Gambia’, ‘Echo Bridge’, ‘Ghost of You and Me’,(Colin Blunstone),’Breathe Out Breathe In’, ‘Live in Uk’, ‘Metropolis Sessions’, and most recently- ‘Still Got That Hunger’. There are quite a few other albums as well (Google him!!). 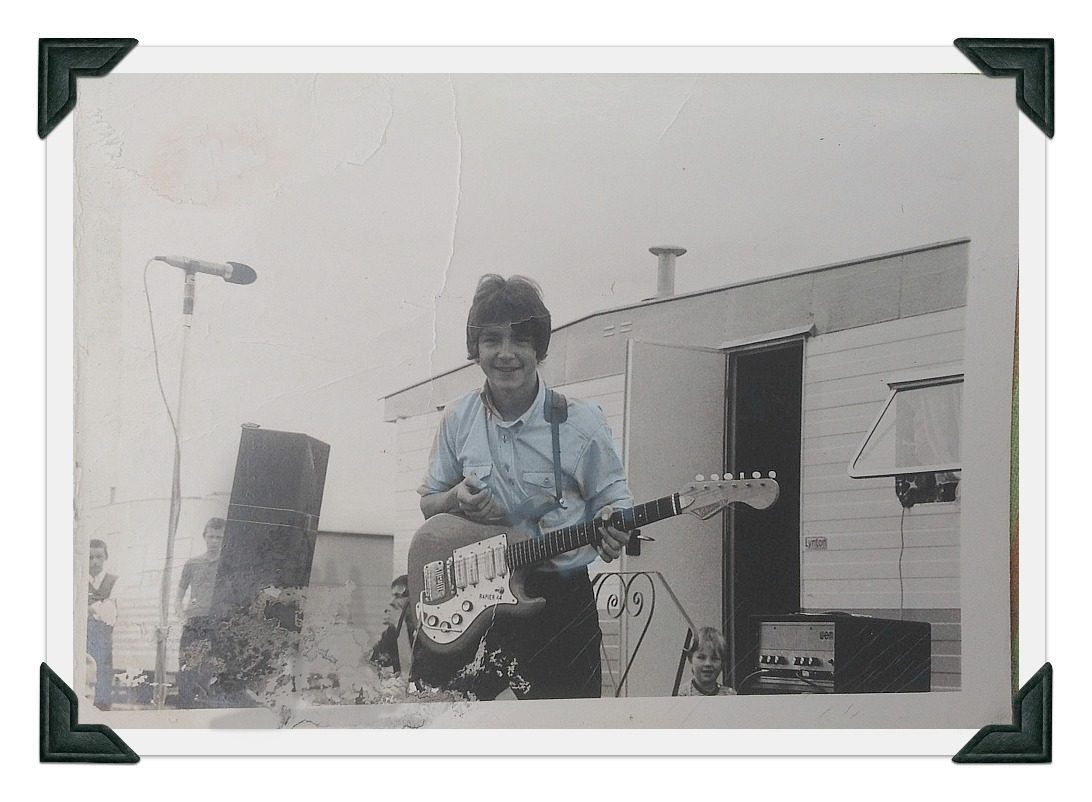 This great photo is of Tom at age 14, already rockin’ it out!!